Welcome to the LG Smartwatch complaints department brought to you by HissingKitty. Experienced poor customer service? We make it easy to file a formal complaint against LG Smartwatch online. Simply use our free form and your feedback will be instantly forwarded for review. Need to contact the LG Smartwatch corporate office? We have the mailing address, phone number, and email address listed below.

Report complaints to corporate and get satisfaction

Browse reviews of other Electronics

I purchased an LG smartwatch Urbane in June of 2015 from Best Buy in Castleton Indiana, After just three months the watch malfunctioned. I send to be repaired under your warranty. It was returned stating that it was a software failure it was than updated. When I tried it; it was very slow to charge the initial problem was still present. I was asked to send it back. I requested a replacement of this watch with a new one, it was noted in the request. I also placed a note in the return package stating this as well. On this past Friday(Oct 16,2015) I received an e-mail stating once again that the smartwatch was being returned to me now there was a charging problem that the receptacle/USB was repaired.

In both cases my original issue still hasn't been addressed. The problem initially was that it would only stay charged for 6 to 8 hours, it wouldn't last a full day. I'm very disappointed. I was told that the only option was a repaired watch. At this time I would ask that you replacement this watch, or refund my money. I paid $317.26 after taxes. I would also offer a third option, you can replace it with your Urbane 2nd edition, I will pay the difference in cost. What is clear to me is that the smartwatch is defective, I would like to continue my relationship with LG that I have enjoy over the years. Please responded at your earliest time. Thanking you in advance for your help. 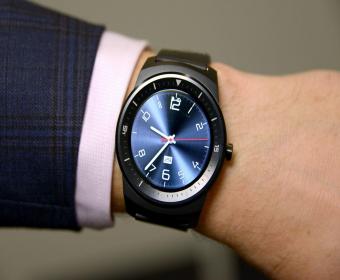 Have feedback for LG Smartwatch?